Looking for an OPERATING MANUAL?
CLICK HERE for early Thunder guitars with controls for volume, tone and active gain

There have been at least 5 versions of the Thunder IA. Thanks to forum members Tele, Adam and Chutzpah for help in identifying the differences.

As with later models, the active tone control gives plus or minus 25db off the centre (Zero) position, unlike later models the gain is variable (Up to 13db boost).

The upper strap button is fitted to the outside of the top horn.

Pics courtesy of  Ebay member boppthebutler.
The extra strap button is not original, this guitar was played for a while by a left-handed player 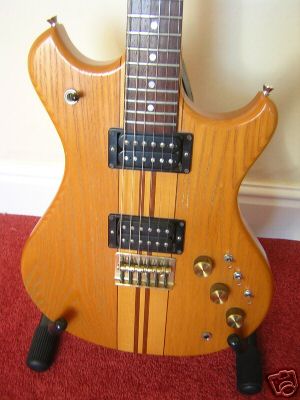 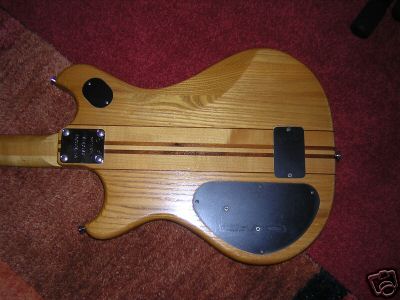 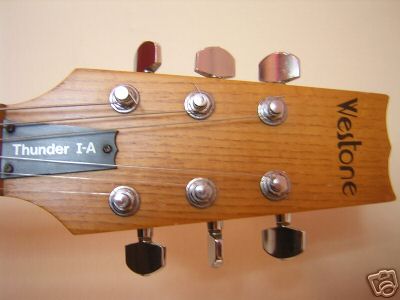 The knobs on this resto are period correct but are not the originals.
The original saddles were brass but it was missing one when received so they have been replaced with a set of stainless steel ones. 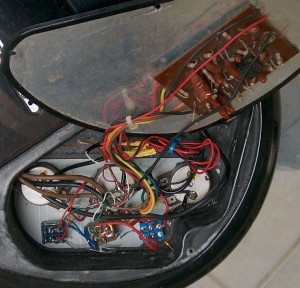 Control wiring. Active circuit board is attached to the cover.

Tentatively dated to 1985 as it seems to fall between the versions above and below.

There are several changes from the previous model. 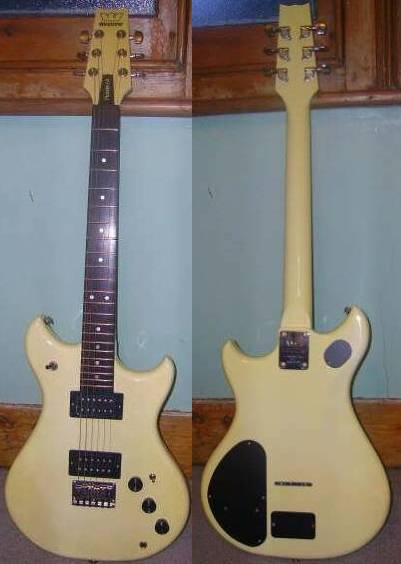 Production seems to have ceased around 1987/1988
Does not feature in the 1988 UK price list, but does appear in shop price lists from magazines in late 1987. 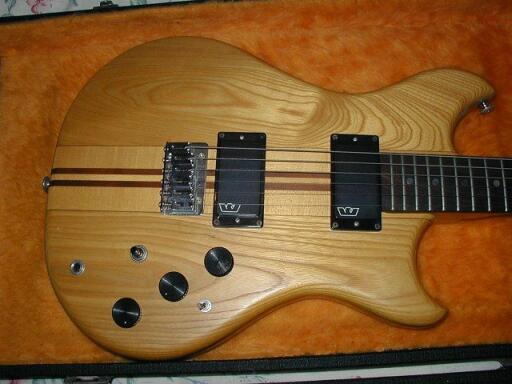 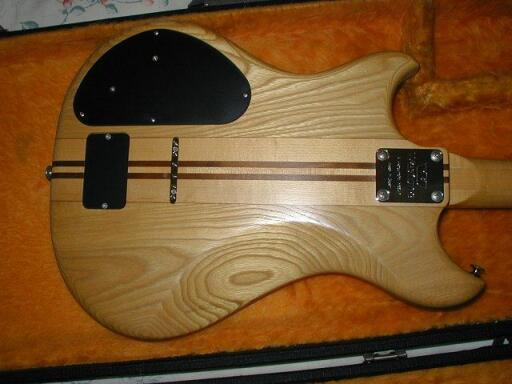 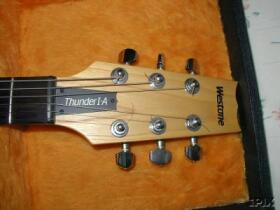 Also available in black – thanks to  Steven Heddle for this picture.
The knobs on this guitar are not original, this guitar dates from May 1986 and the original knobs were brass: