Looking for an Operating Manual?
Click Here for early Thunder guitars with controls for volume, tone and active gain

There are at least 3 versions of this model, possibly 4.
As with the Thunder IA, the earliest version has variable gain for the active circuit, later versions replace that with separate active and passive tone controls.

Set neck resembles the joint used on the Rainbow, not the heelless set neck of later model. 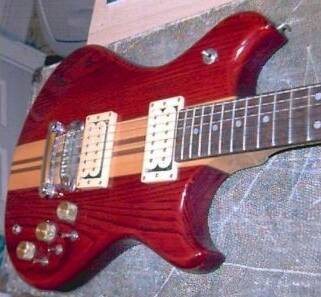 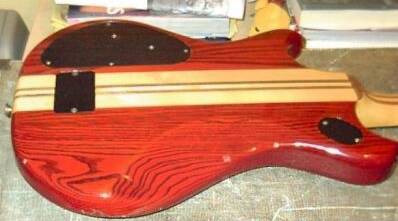 The serial number of the guitar below dates it to 1981.
Thanks to Ronnie for the pictures. The single coil pickup and extra switch are not original. 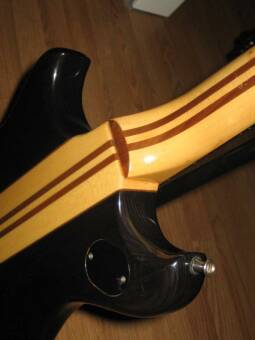 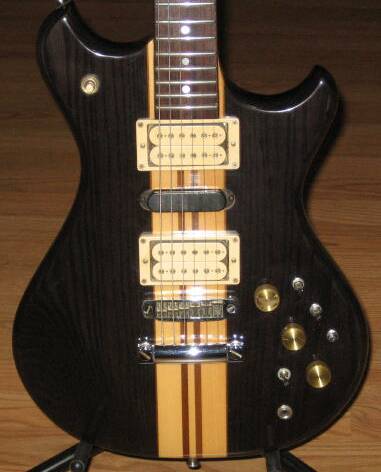 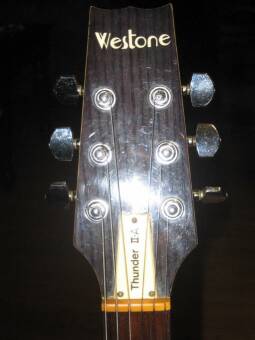 There are technical specs of the Thunder IIA in the 1982/3 catalogue, but no pictures of it 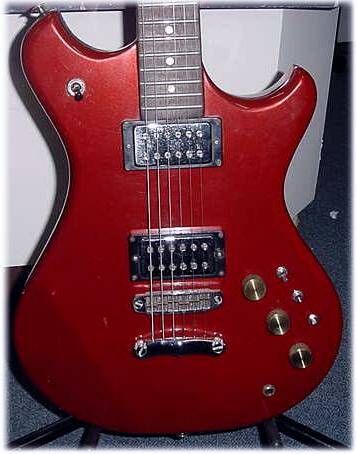 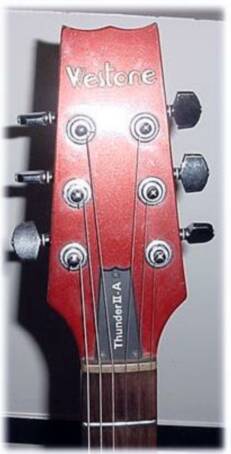 It is possible that the specs in the 1982/3 catalogue are wrong.
The guitar below dates from early 1983, but has the earlier version of the active circuit. (Volume, tone, active gain controls) 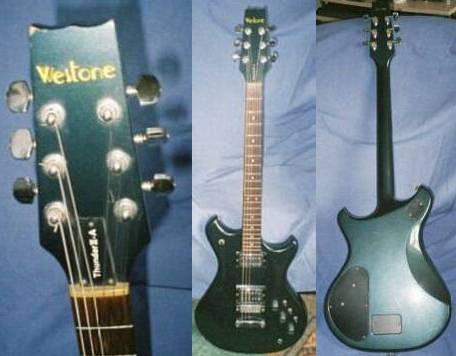 This is an usual model (besides being lefty) and does not match any known published references, but it is apparently a factory design. Construction is the same as earlier versions except for the circuit wiring and black proprietary “upside down” plastic knobs in place of the typical brass ones.

new! October 2012-Thanks to Forum member Westbone for this find: 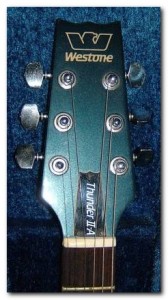 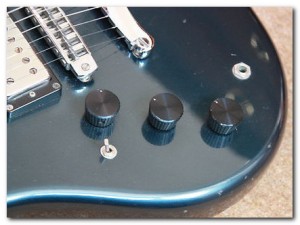 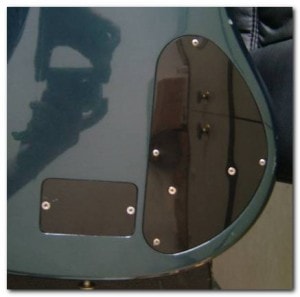