Although it looks like one, this is not an ‘Anniversary’ model. It first appeared in 1985. The RRP at the time was £550.

*  Update June 2020:
It has been determined that this switch toggles between SERIES and PARALLEL modes
This was not clear in the specification sheets.  Thanks to Forum members Westbone & DragonDreams for the clarification

According to the 1985/6 catalogue, the scale length is 34 inches and only the Walnut finish bass has RB pickups, the transparent red one has 2 Magnabass V pickups)

While the guitars pictured here and in the catalogues have the truss rod adjustment at the body end, some have it at the clamp end of the neck
(Thanks to Ririraa for pointing this out) 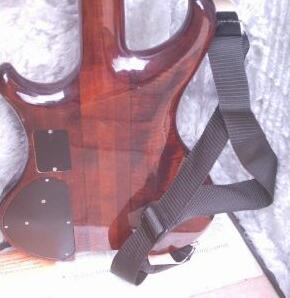 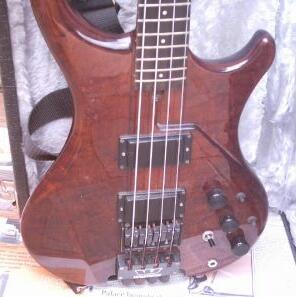 The Super Headless was also available as a fretless model 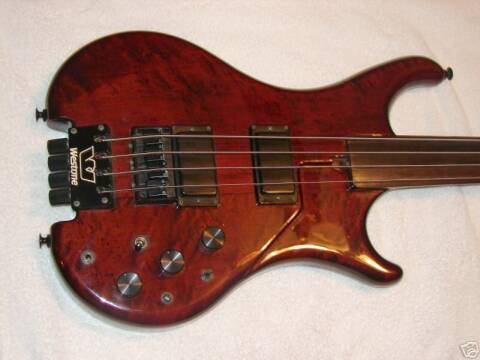 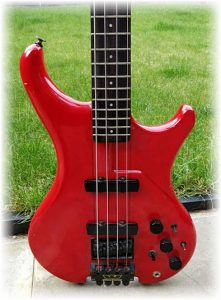 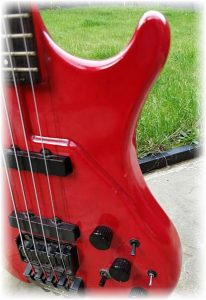 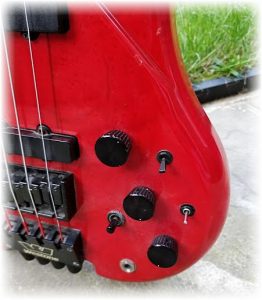 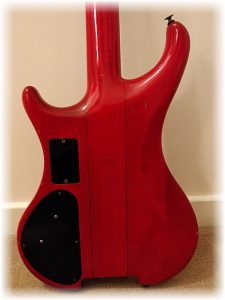 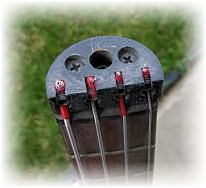