As shown in the 1981 catalogue, wider, rounder horns than later models and the F holes are a different shape. 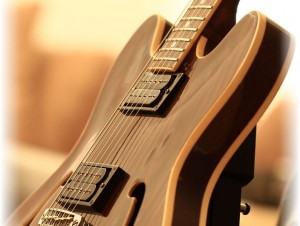 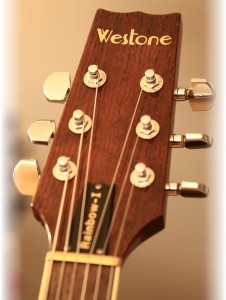 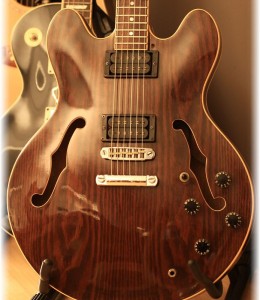 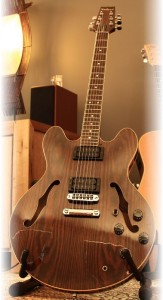 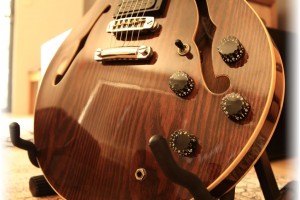 The above guitar has been identified as the actual instrument used in the original 1981 Westone catalogue !
You can read all about its history from its delighted Australian owner in his own words HERE.

Archive Picture: The one pictured below has lost it’s pick guard

Available in Antique Walnut and Antique Maroon. According to the catalogue, they must have been available with a translucent  black finish at some point. The model shown below has not been refinished.

This is an August 1982 model with a brass nut.
The 1982/3  catalogue says they have a bone nut. The script logo on the headstock appears to be inlaid mother of pearl.

UPDATE June 2011
Thanks to Forum member bowenjaybee for this restored 1986 Rainbow I: 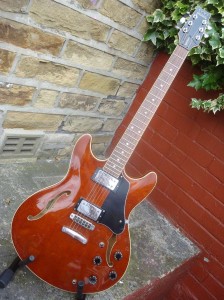 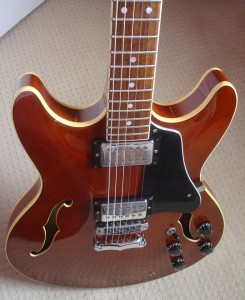 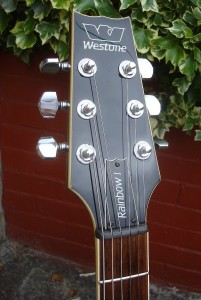 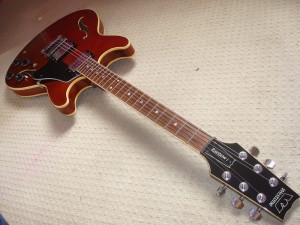 As shown in the 1982 catalogue:
F-holes the same shape as the version 2 Rainbow I

Update June 2011
Thanks to Forum member Westbone for pictures of this stunning Birdseye maple example (click to enlarge): 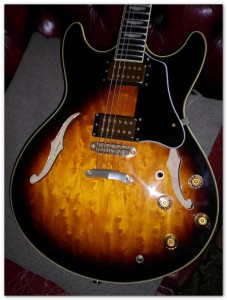 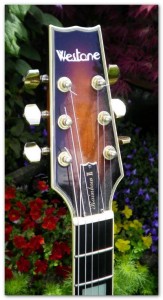 As shown in the 1983 catalogue:
F-holes the same shape as the version 3 Rainbow I

Update one, April 2015
Thanks to Forum member gandalf1961 for this recently acquired version 2 model (click to enlarge): 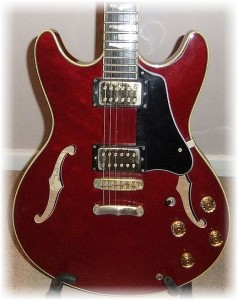 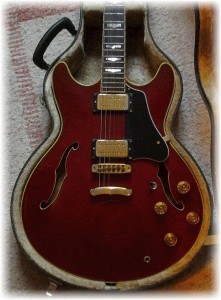 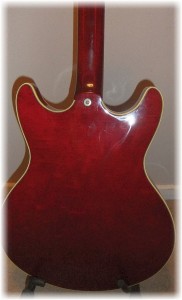 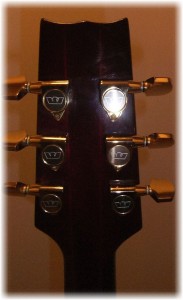 Update two,April 2015
Thanks to Forum member westbone for these version 2 pictures (click to enlarge): 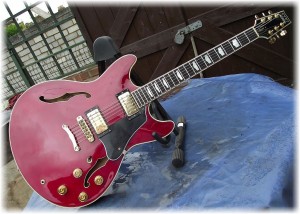 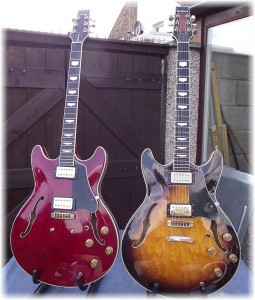 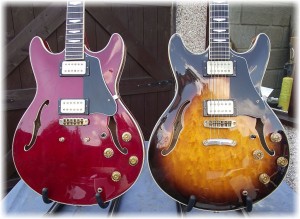