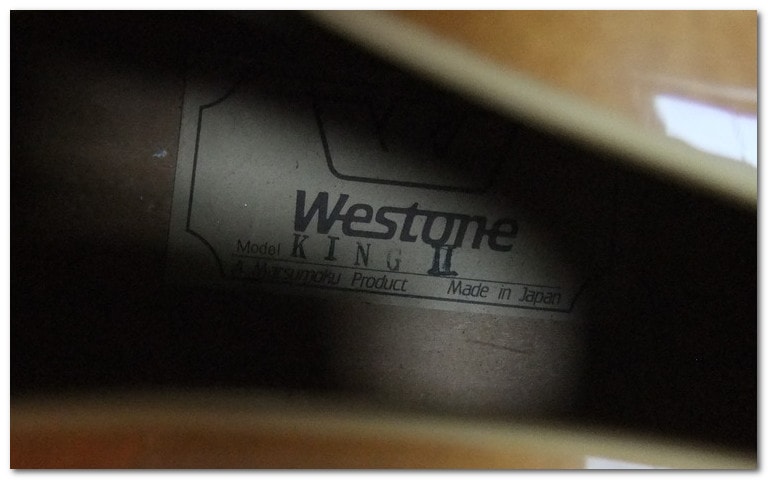 Nothing is known about this guitar and it does not appear in any known Price Lists. It may very well be a limited run or prototype model and appears to have been based on the Gibson L5 design.

This one was advertised for sale on a Dutch website and initially discovered by Forum member munkieNL. According to the translated description the previous owner “…bought (it) new in 1985 Hampe in Amsterdam…”
The guitar was subsequently purchased by Forum member gandalf.

There are striking similarities to the Unknown #5 listing which suggests that it too is a King model with a slightly different build.

The name King may have been inspired by B B King, and the inspiration for this guitar is obviously the Gibson L5.

Westone gained its reputation from its innovative design approach. Simply copying established designs was really not part of their marketing and engineering strategy. So it is likely that both the name and the design were dropped simply because of that philosophy.

This “Jazz Box” niche was ultimately filled by the amazing Session model which was a more  original approach. King was a very cool name however.

Thanks to Forum member gandalf