There are 7 models of Thunder basses:

Body is laminated ash, maple and walnut.
If the finish is all red or all black the body is solid maple. 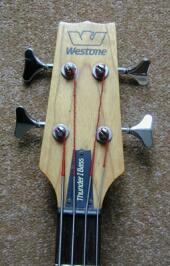 There have been at least 3 versions of this model.

Looking for an Operating Manual?
Click Here for early Thunder basses with controls for volume, tone and active gain

Thanks to Mark B for these photos: 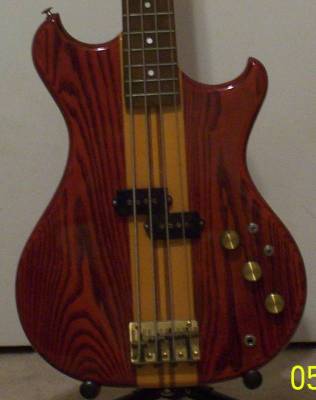 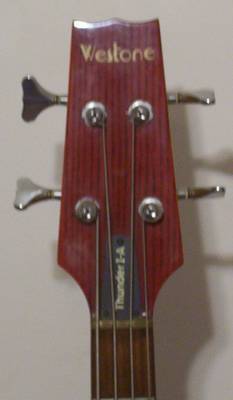 Available colours listed as Light Oak, Black and Apple Red. At some point a white finish was added

Thanks to Lee Wormley for the following photos. This one dates from 1985: 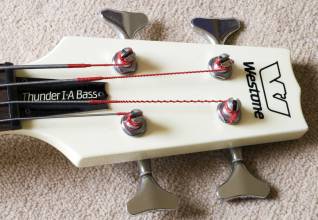 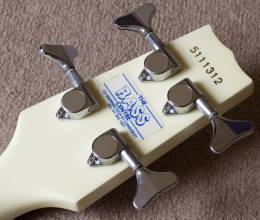 Update March 2011:  Thanks to Forum member bowenjaybe for pictures of his black 1985 (click to enlarge): 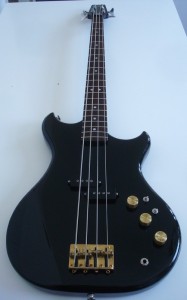 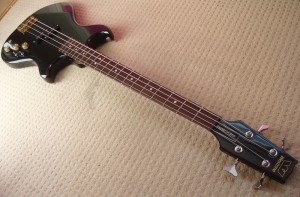 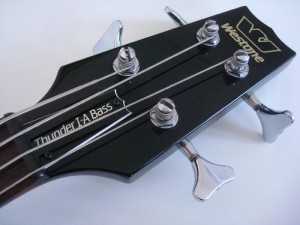 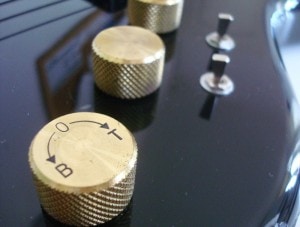 The Thunder IA bass was in production until at least 1988 (Features in the 1988 pricelist).
We have seen a couple that seem to date from 1989, which implies that some later ones were made in Korea.

Update April 2010: Thanks to Forum member Bowenjaybee for this red 1986 model (click to enlarge): 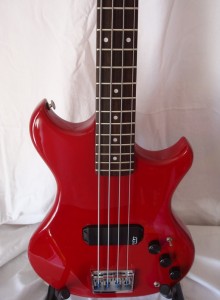 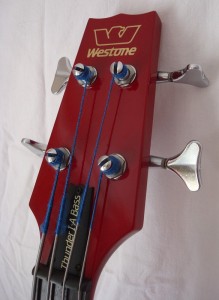 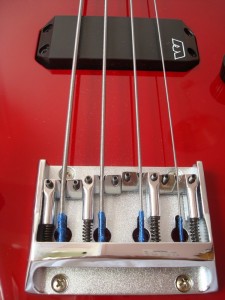 There are at least three different versions of this bass

As shown in the 1981 catalogue 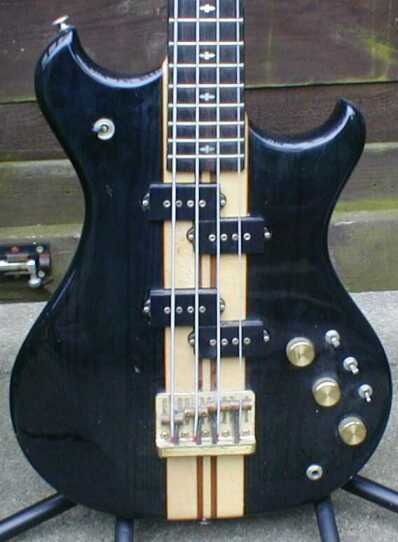 Pictured below is  a 1981 model. The only difference between this one and the one above (Which is an early 1982 model) is the output socket,  an XLR connector. We know of one other 1981 Thunder II with an XLR socket.

According to the 1981 catalogue, the XLR connector was available as an option.
Colours available were originally Walnut and Savannah Yellow 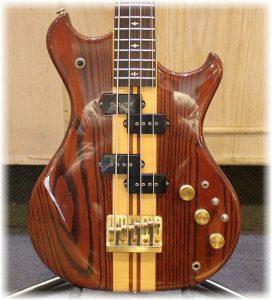 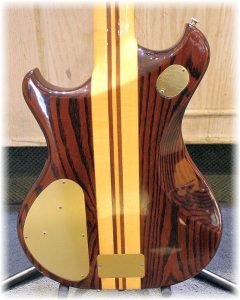 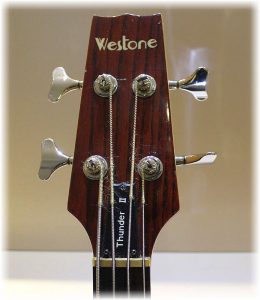 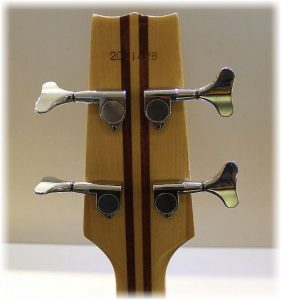 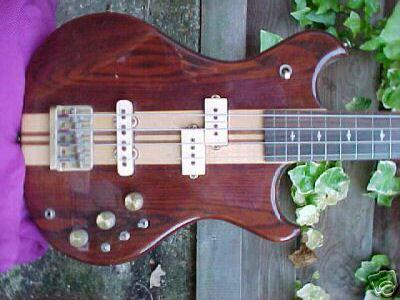 Thanks to Mark Hillmer for these photos 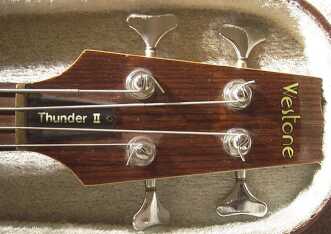 Looking for an operating manual?  Click Here for early Thunder guitars with controls for volume, tone and active gain

The design changed sometime in the mid 1980s.  A few, like the one below have different (Magnabass?) pickups and black hardware.

According to the 1987 review of the Thunder III fretless, the nut is graphite and the back plates are black plastic.

*this may be an error in the catalogue – there are several others. According to the 1987 review and the 1983 catalogue this was a phase reverse switch 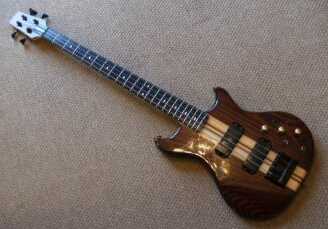 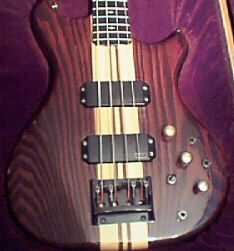 Same specifications as the Thunder III fretted bass, and the second version of the Thunder II bass, but without the frets (obviously) and neck inlay position markers. 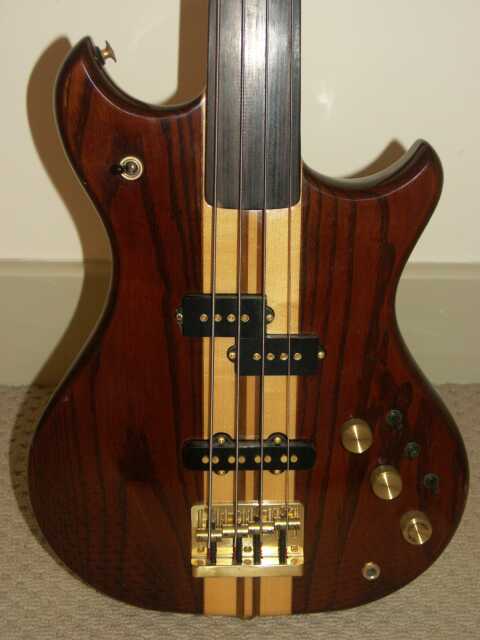 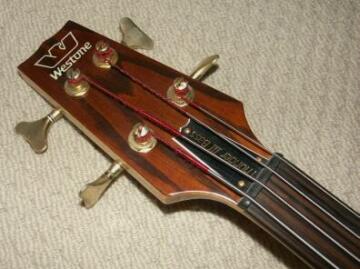 Info from the 1984 catalogue

At some point the design changed:
The 1987 review of the Thunder III fretless shows a guitar with black hardware, black plastic backplates, a graphite nut and Magnabass pickups. 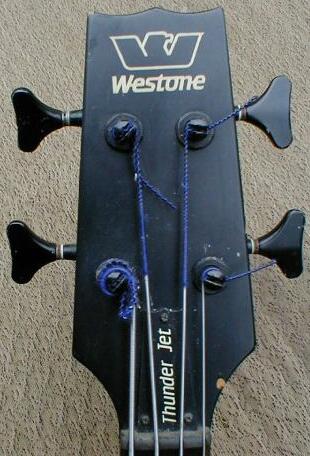