Similar in appearance to the Pantera series, these models appeared in the 1990 A Sign Of The Times catalogue
We’re not sure what this model is actually called. The catalogue refers to them as Rabin I, II and III,  and Trevor Rabin Pantera I, II and III, and Rabin Signature I, II and III

As for the model I, except: 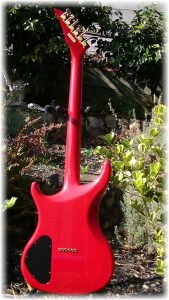 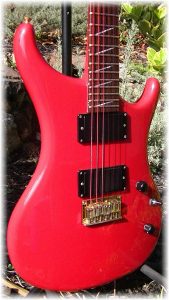 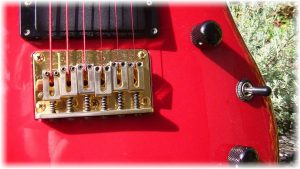 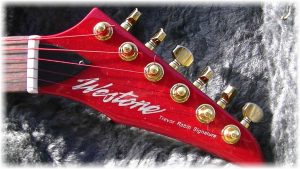 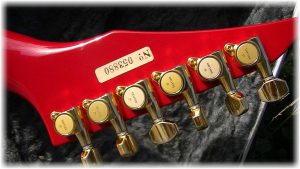 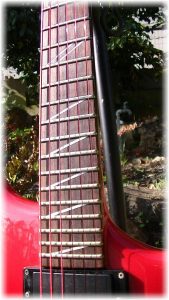 Additional details on this TRSII from current owner

Thanks to David Westhoff  for this picture

Q- Were the Rabins built in the Mats factory or Korea?

A- The original Pantera guitars were built in Japan by Matsumoto Moku (Matsumoku). Later, after Matsumoku closed, production was moved to Fuji-Gen. The body was later changed slightly to reset the balance a bit but really very little difference between the Pantera 1 and Pantera 2.

A- Yes, All of the Pantera and Rabin models were SLM designs and production.

Q- Do you know how many were produced?

A- Less than 100 Rabin models and about 200 Pantera Deluxe models. The Pantera Standard (bolt-on neck) models were produced in much higher quantities.

A- The Rabin (Pantera 2) designs incorporated both a bolt-on (contoured) and a heel less cut using the bayonet design.

Q- The AER300 had a DSR5 Harmonic enhancer – what the heck does that do?

A- Notch filter in its passive design, and what is known as an aural exciter in the active. It was later evolved into more of a PA enhancement with a more aggressive slope and gain. Same concept, almost the same design parameter but with more input and output signal.