There are two (Possibly 3) versions:

Early models have a script logo on the headstock.
Available in Sunrise Sunburst and Antique Cremona

Thanks to Martin (Wallman) for these photos 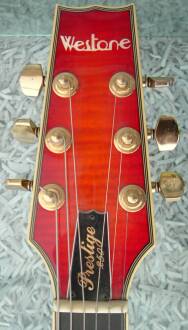 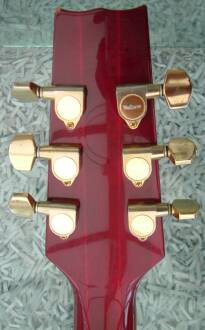 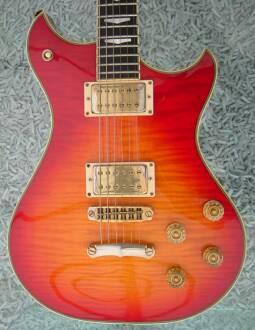 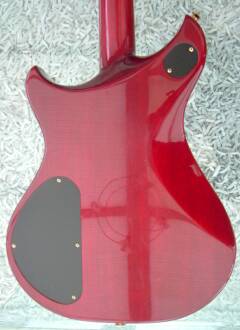 New April 2013! Thanks to forum member Grogg for the following 2 sets of pictures: 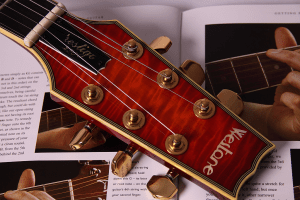 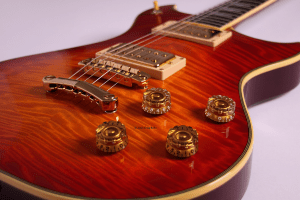 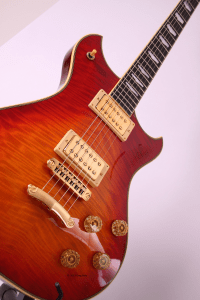 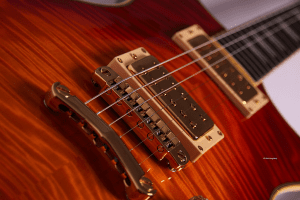 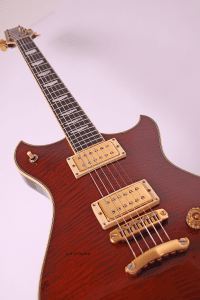 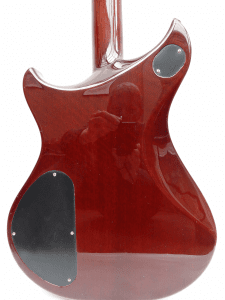 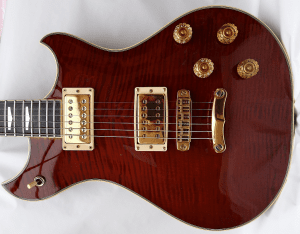 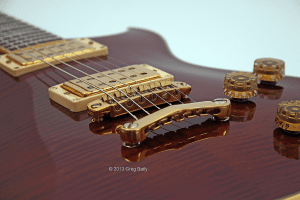 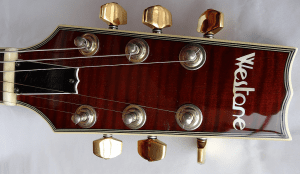 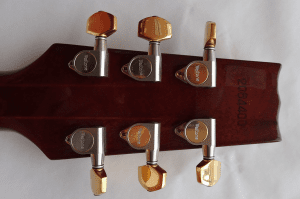 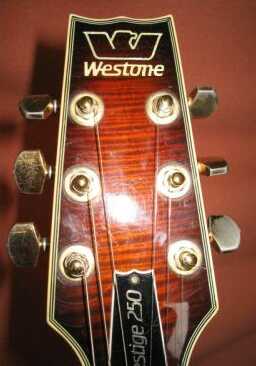 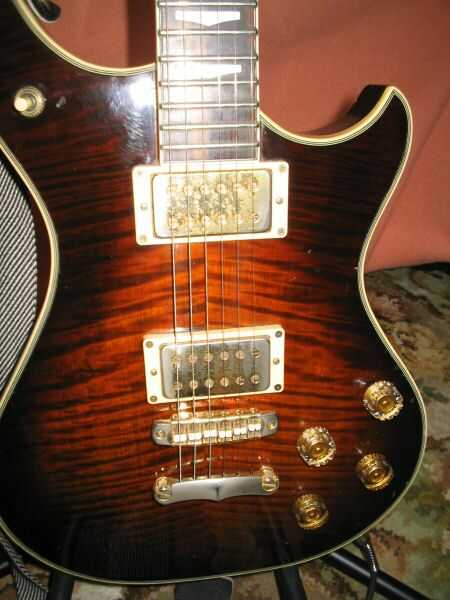