First appears in the 1985 UK catalogue, available in Silverstone, Blue Burst, Red or Black
Listed in the Jan, April and Sept 1985 US price lists at $359.50, available in Lipstick Red or Jet Black, does not appear in the January 1986 pricelist

Thanks to Kirill Klein for the photos of this blue burst: 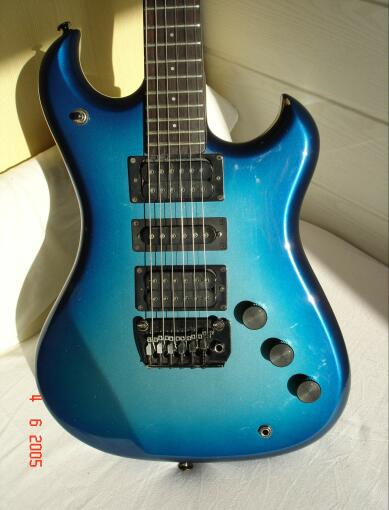 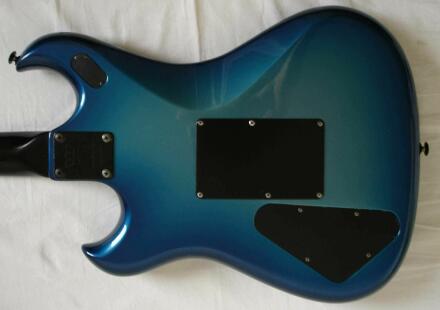 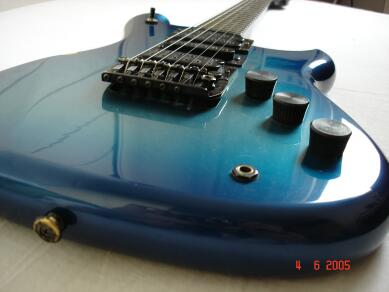 New! July 2013 –Thanks to forum member Barry for this stunning red burst (click to enlarge, click again for full size ): 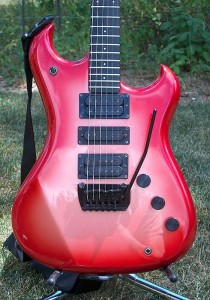 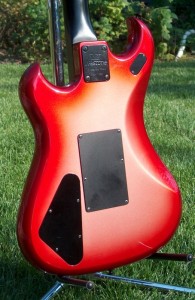 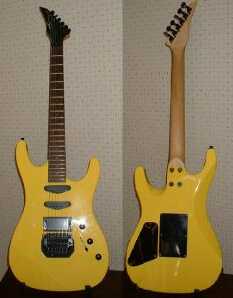 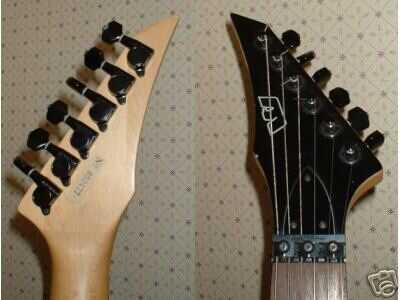 The Python doesn’t actually exist as a model in its own right, it was a custom finish available to order from the Westone Custom Shop in St Louis. (The one below is the Python finish on a Corsair GT) The Python finish could be applied to just the headstock, body front or over the whole body. The chrome skull knobs on this one are not the original knobs. 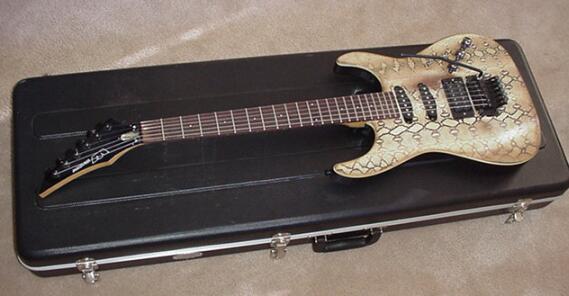 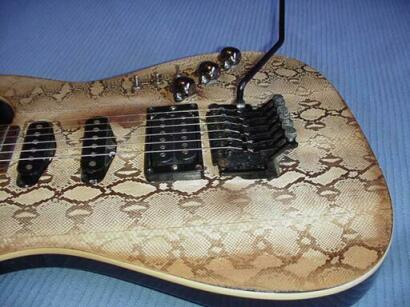 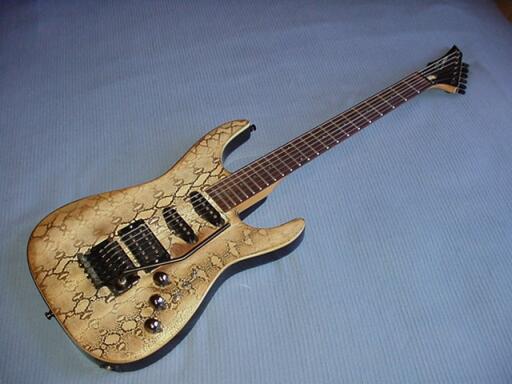 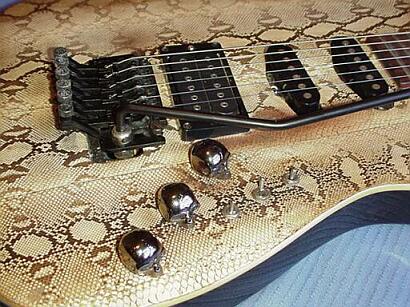 The January 2003 issue of Vintage Guitar magazine contains an article on the snakeskin finished Westones. According to that article, the costs for the finish were

The article also gives total numbers made for each possible covering –

All these figures should probably be taken with at least a large pinch of salt. There are a number of inaccuracies in the article, including –
XA guitars were produced from 86 to 89 (Unlikely since they were made for the 65th anniversary of SLM in 1987)
There were two XA models, the XA1230 and 1330 (There were about 10 different models)
The snakeskin finish was offered on the XA models (But the one shown above is not an XA model)
XA guitars were almost certainly made by Matsumoku, and by 1989 guitar production had moved to Korea (Matsumoku closed in February 1987, the majority of  XA guitars would not have been made there)