Oddly, it doesn’t appear in the April 1987 price list, and none of the US price lists show the (non-transparent) red finish.

None of the catalogues or price lists mention any changes to the spec of the SX, but there are at least two versions. Most of the ones seen are as shown in the 1985 and 1986 catalogues, but there is also a later original factory model with only a single tone control, and  no phase reverse switch.

At first glance, this looks like the Spectrum MX.
There are a  few differences.

In the pictures below, the first trans blue model is as described in the catalogs. The black one and the second blue example are examples of the modified guitars which date from mid-1986 (Serial number begins with 605 and 607 respectively)

Thanks to Ebay member meg1528 for these photos 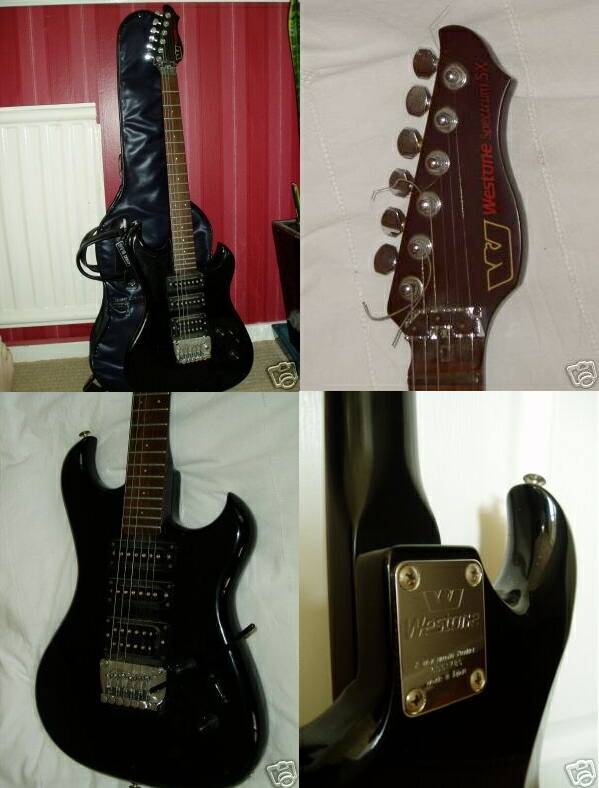 This1986  trans blue courtesy of forum member Barry (click on image to enlarge): 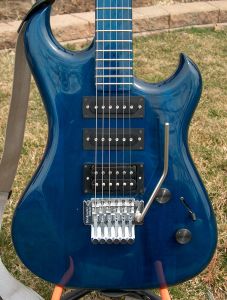 Note that this 1986 model is also factory fitted with a Bendmaster Deluxe bridge instead of the FT.