It would appear to be a Matsumoku built guitar. Certainly, it has that Mats “super neck” design element. However, the general build materials don’t seem to fit into the expected model range that we are currently aware of, i.e., W-20, W-30, W-40.

The precedence is that a higher number uses increasingly higher end materials an even more ornate finishing and decoration. But that isn’t the case with this W-50. It appears to be a more modest build, closer to the W-20.

So how to interpret? Is this a 1975 build or a 1987? It has a rubber stamped model ID on the neck with what appears to be hand inked serial number. (We are interpreting that last digit as a “2” rather than “Z”. We think that makes better sense.)

The model number is only stamped on the ‘super neck’ but that doesn’t prove it’s a W-50 model, there is no confirming paper label inside. All the ‘super necks’ were more than likely the same, some with different inlays/binding.

Our guess is that the guitar was made in the mid 70’s. The very plain shape of the head stock matches other models known to be of that time period.

Speculation: Perhaps it was among the first with the newer style logo after the very ‘cowboy’ look of the logo on the F13 and W20 models. US patent office records filed for the logo show the date as Jan 1976 and reference a similar serial number 73073895

One last interesting note: the Grover machine heads. These are not normally found on these guitars, and the heads are typically fastened with two screws. But these single screw machine heads appear to be original. 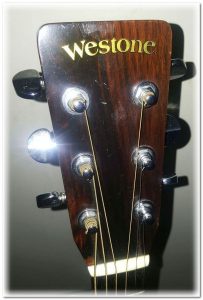 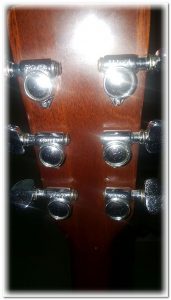 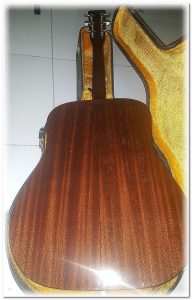 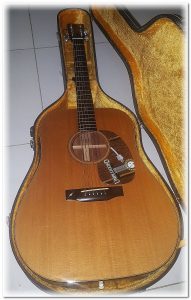 Pick guard is not original–added by owner 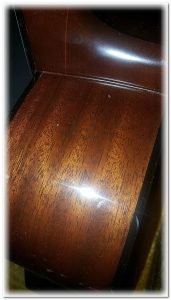 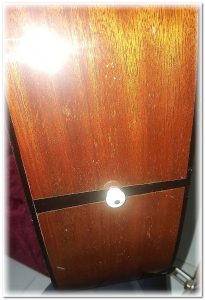 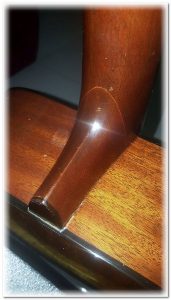 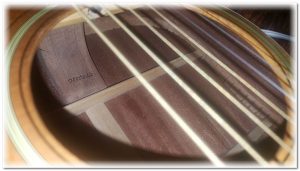 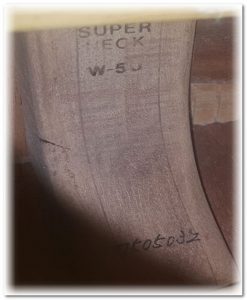 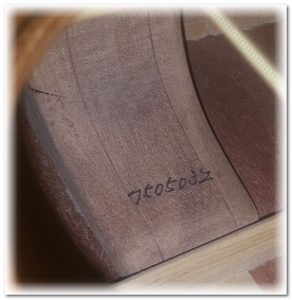 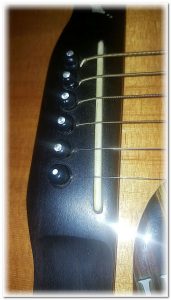