First, a couple of points: All of the guitars that you all like, I had a part in the design and manufacture.

Those that you hate, or simply don’t like, someone else did it… 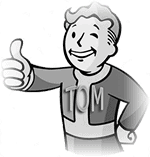 Around 1979, we were making the Electra brand in several factories in Japan. Masao Terada – maybe the best cosmetic designer I ever met was making our semi-thins, Kasuga (Hitoshi Aoyama – trading director) made most of the solid body “copies”. A sales rep for SLM, Curt Trainer – one of my long term pals, said “we should make guitars with the effects built in”, Gene Kornblum, owner of SLM said; “Tom, have at it!”

As it happened, I had already made a miniature flanger (sounded really rank though), a rough analog delay using a bucket brigade chip and an Octive box and stuck them in a couple of old LP copies. They were simply bread boarded but as a skunk works it was pretty cool. I was able to get a magical 12 minutes of battery life when all were powered. That’s where Amerel came in.

John Karpowicz, another one of those; “Oh my God how does his brain fit in his head guys” – yep genius, owned this little electronics shop in St. Louis. Took the concept to John, and his guys – all smarter than I ever could be, found a way to re-design the “modules” and we started production of the “boxes”. At that time, the first batches were actually potted. I couldn’t afford the tooling for a plastic shell so we simply shot’m full of epoxy.

To cut it the story short, that’s where the Electra MPC was born. Then, something weird started happening. We started selling them faster than Kasuga could make them – plus, the Kasuga guitars were too heavy and had some problems with neck sets. That sent me on the road, looking for a new factory to make the MPCs and some other goof-ball designs that I had. Guess where they landed?

Matsumoku and the Soul of an Instrument

OK, so that was my first exposure to actually making guitars at Matsumoku. I messed around with Fuji, Chosun and Yamaha but after meeting Toshi Ohwa, I was sold on Matsumoku. In reality, the products that they were making were not all that much better than the others but Toshi and the rest of the production team actually wanted to make a more original and a better product. Ohwa-san was a nice player and actually had a feel of the “soul” of an instrument rather than just pounding out 10k guitars a month. Plus, he was an inventor too!

They were making a bunch of Aria guitars for Shiro Arai – and had invested a little on the “Westone” brand in Europe. The Westone product in Europe was a collaboration between their London based distributor and Ohwa. The spec on the product was really nice. Craftsmanship was WAY above the norm for the typical production guitar at the time and the finishes were perfect. By in large, these were the Concords, Clipper and Thunder models.

I was intrigued because there was a phase anomoly in the Thunders and a resonance node – (trapped 470hz) in the Concord. Naturally, as is my nature, I brought a dozen or so mixed models back to the US and started hacking on them. I though at first it was an electronic problem so I started messing with the pickup placement. No good. Then I mounted some Barcus Hot Dots in the body and neck and ran the sweep gen on a couple of them. Woops, neck and body phase issue. A quick thinning of the headstock and de-coupling the body from the neck and the phase cancel was gone. Not really, but it was moved so far away from B flat that it didn’t matter. Gave Toshi a quick nod and he got it fixed quickly.

You ever wonder why some of these guitars sound fantastic and others have a problem of sustain between “A” and “C”. Yep, that’s it. Some production actually got out with the phase out of alignment. Easy fix and the guys in Europe were able to take care of it. I actually saw one of the Thunders in concert and the guy had a C clamp on the headstock. That would certainly fix the phase.

Too geeky technical or wobble headed for you all?

We tooled up the Bendmaster I and II, Switchmaster Knobs, Bayonet Heels for the Cutaways – I was really pissed because Aria actually ended up with a couple of models with the heel – I had applied for a US Patent in ’78 as a “Horizontal Dovetail” (never granted) and at that time I only had $1200 in my saving account so I couldn’t fight it.

The Unbalanced Coils were purely accidental. We had a set of Seymores and they were over cooking my test rig and I started pulling winds off of one of the coils on the kitchen table. Lana made a great pot roast and made me clear up my “mess”. When I re-assembled the pickups, I used the wrong coils. One had about 200 turns less than the other. When we tested the pickups, we found out that the Histeresis was impacted. Not a whole lot of more noise than the original humbuckers but a much cleaner output. The by-product was that the tap actually worked better. So, I fattened up coil A some more and kept B about the same as the prototype and Westone ended up with the “Un-balanced Coil” pickups.

The Switchmasters were actually kind of an accident too. We were making a Spectrum for NAMM that was a really sweet Tama-Moku body with a bleached rosewood fingerboard and I wanted the knobs to be invisible. I turned a few wooden knobs in a cone design out of the body wood and drilled them out. I may have been a little blasted at the time – 3 or 4 Kirins – and ended up drilling ALL of them on the wrong end. OK, you all have been there. Stupid mistakes happen to musicians all of the time but for God sakes, why does it have to happen ONE day before NAMM.

So, I stuck them on the proto and found out that you could pull up the tap with your little finger without slipping off! Matsumoku made the first ones out of zinc – added about 30 pounds to the guitar:) Too heavy – so the later ones were aluminium and later I had enough production to tool them in plastic. They never really caught on in the market place but I thought that they were absolutely fantastic!

I was broken hearted when Akira Takei – The father of Westone, told me that Japan Steel was selling the land that in Matsumoto. The factory was making a profit – not only on the guitars but the Japanese Shrines it was making. Turns out that the land was worth much more to them than several years of Matsumoto-Moku production. By that time, Akira, Toshi and several others were more than factory dudes. They were family. We took the designs, machines, tooling and PEOPLE and spread them out in factories throughout Japan and Korea. By this time, making guitars in Japan was getting very expensive. If I’d had the money at the time, I would have started production in our SLM Electronics factory in Yellville, Arkansas. I think that I still only had $1200.00 in my bank account so we went to Korea for some models, US SLM guitar shop for others using the parts that we shipped from the factory before it shut down.

There are many really wonderful stories about the gentlemen in the guitar business. Businessmen, Luthiers, Designers and Musicians alike, all with their individual perspectives and passion.

I was sincerely blessed to have a career that was a passion. I had one of those jobs that maybe only 20 or 30 people in the world had the chance to do and about 20 or 30 thousand “kids” would have given their soul to have a shot at doing.