Similar shape to the 1985-6 Spectrum guitars, but without the beveled edge where your right elbow rests.
Single bridge mounted humbucker, volume control (No tone control) and Fender style tremolo.

Given that it has a UBC (unbalanced coil) pickup, which were designed to overcome the inherent 50% volume drop when an ordinary humbucker is coil-tapped, it’s puzzling why there’s no coil tap switch, unless they were trying to produce an entry-level instrument as cheaply as possible. 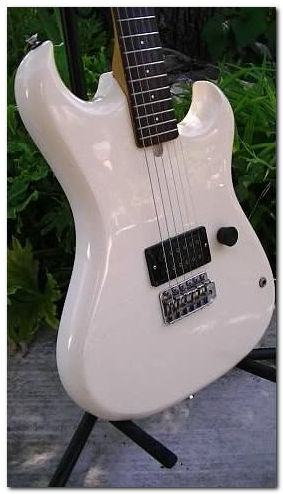 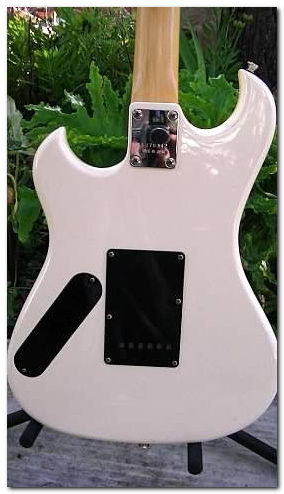 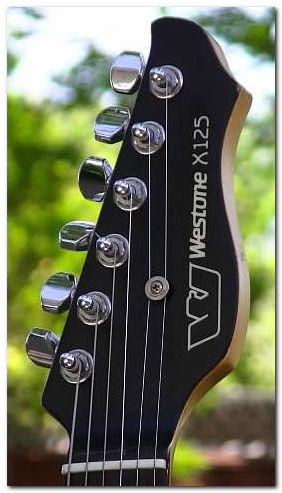 The spring cover is missing on this black example, and the tremolo arm isn’t original.