The LX does not appear in the April 1987 price list.

The only difference between the Spectrum FX and the LX is the neck:

Dave Brock of Hawkwind and his Spectrum LX 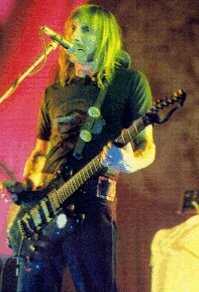